About the Category: The Color U.S. Trumped project was a labor of love that came out our extreme disappointment at the results of the 2016 presidential election. We appreciate those news outlets who’ve been willing to shine a little light on the project! Color U.S. Trumped‘s table was juxtaposed with two local authors that had contrasting and intriguing works: Pferron Doss and Rebecca Hicks. Pferron Doss was on hand with his book Ole Freedom, a postbellum piece of fiction following an African American man who escapes a lynching and goes on to lead a full life including service in the Spanish-American War. In contrast to the serious work of Mr. Doss was Rebecca Hicks with her series of colorful and unique Little Vampires comics. Thanks to both authors for being outstanding table-neighbors throughout the event and thank you to Helen Butler and Mary Wise of the Beaverton Library for offering us a space at the event. 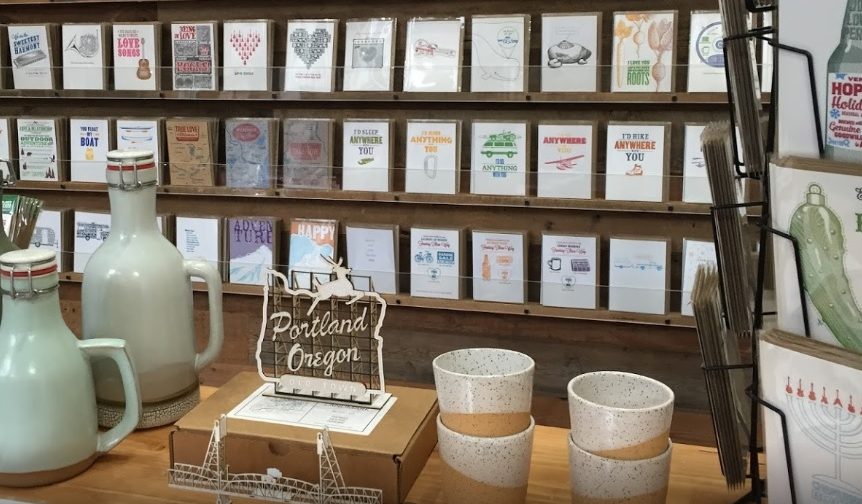 Waterknot Letterpress was our tabling neighbor at the May 6th Listen, Learn, Lead Conference and they had a great item for the politically active progressive: The Postcard Action Kit. You can get their postcard action kits online or in their store. Their postcards looked amazing and we purchased a kit ourselves. Also, they took a handful of copies of Color U.S. Trumped so if you are on SW 1st Ave you can stop in a get your very own copy! Thank you to the fabulous organizers at Nasty Women Get Shit Done PDX for their work in producing the Listen, Learn, Lead Conference on Saturday, May 6. The day-long event featured speakers from social justice and political organizations throughout the Portland area. Following lunch, House Rep Earl Blumenauer stopped in to encourage citizen participation and thank the crowd for their activism.

Color U.S. Trumped had a table in the general room where breaks were taken and we were able to promote our Color U.S. Trumped coloring book as well as our Nasty Women sticker sets. We raised some money for Planned Parenthood Advocates of Oregon and connected with some great Portland area activists!

The image below shows what America means to people who attended the conference: This idea for people to write their musings on a blank American flag labeled only with “In Our America…” was inspired by a custom piece of art commissioned by Nasty Women Get Shit Done PDX several months ago. We see the signs on lawns all over our neighborhood. Several neighbors have reported their signs being stolen, but our neighbors just replaced them. “Yet they persist!”